THEIR STORY: Danica and Patrick met as campers at Camp Texas, performing in a skit together as the Saturday Night Live Spartan cheerleaders. They immediately knew they shared something special. The couple continued to make memories at Camp Texas as counselors and even got engaged at a Camp Texas Counselor Reunion staged by Patrick!

THE SETTING: The Retreat at Balcones Springs is where Danica and Patrick first met as campers, where they worked as counselors every summer and where they got engaged, so it was only fitting that this be the place they tie the knot.

GET HER LOOK: The bride wore a flowing Art Deco-inspired design by Ranna Gill for BHLDN with a floor-skimming silhouette, intricately beaded shoulders and bias-cut styling, along with a veil she had designed herself.

MOST MEMORABLE MOMENT: The first look without a doubt was the most memorable moment for the duo. As Danica walked toward Patrick, any fuss and worry melted away. Both became very emotional as they savored these sweet moments together alone in the woods.

BREAKING TRADITION: Danica and Patrick seemed to throw tradition out the window and create a wedding that was uniquely them. Not only did a good friend of the couple officiate their ceremony, but as a fun twist, Danica’s bridesmaids carried lanterns and wore skirts instead of traditionally wearing dresses and carrying bouquets. Guests even enjoyed sipping delicious hot chocolate during the ceremony! 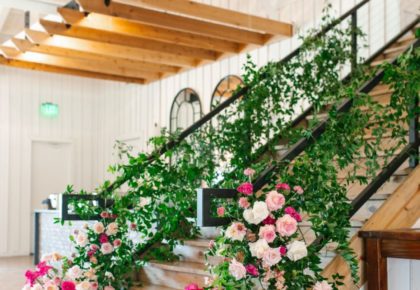 Give us ALL the Pretty Pink Roses! 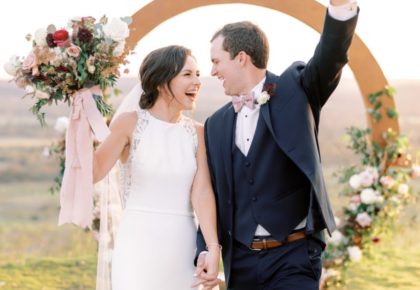 Falling in Love with Mauve and Dusty Rose Details 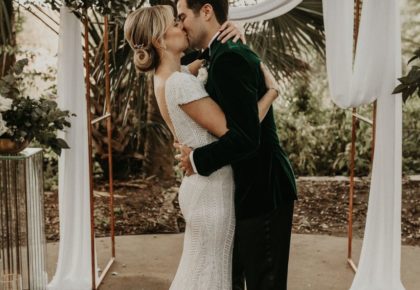