SWEET BEGINNINGS: Although Brianne and Nick worked for the same company in Austin, their paths didn’t cross until a happy hour after work hosted by mutual friends. The couple started chatting and really hit it off so much that he asked her on a hiking date, and the rest is history. After three years, Brianne and Nick haven’t stopped laughing!

PERFECT PROPOSAL: Nick told Brianne that they were meeting friends for brunch on South Congress. After parking, they were crossing the street when Nick got down on one knee in the middle of the crosswalk with the skyline and capitol building in the background. Unbeknownst to Brianne, their friends were holding up traffic in the intersection so Nick could carry out the proposal! People were cheering and honking in celebration of the engagement!

HUES SHE USED: Inspired by a soft, spring botanical garden, Brianne implemented gorgeous tones of soft green and white with fun pops of pink and orange. The hues went perfectly with the couple’s modern bohemian theme!

SPECIAL TOUCHES: Brianne and Nick had vintage brass candlesticks down the center of their tables. Brianne and her bridesmaids shopped thrift stores for months in search of candlesticks. The candlesticks gave the reception a whimsical, bohemian vibe that everyone loved!

featured in this post
Brides of Austin
bridal gown & accessories 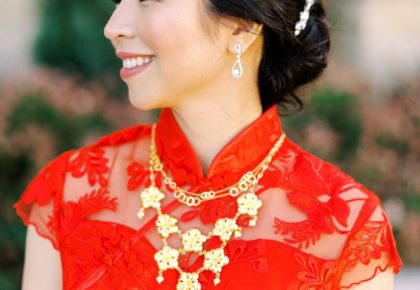 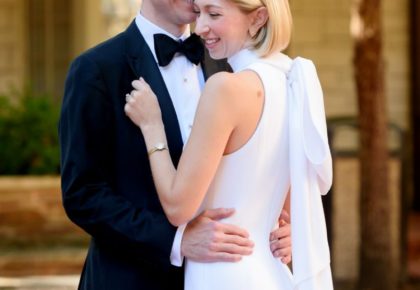 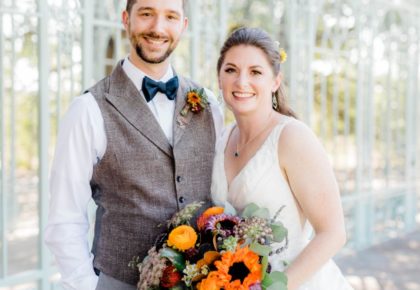