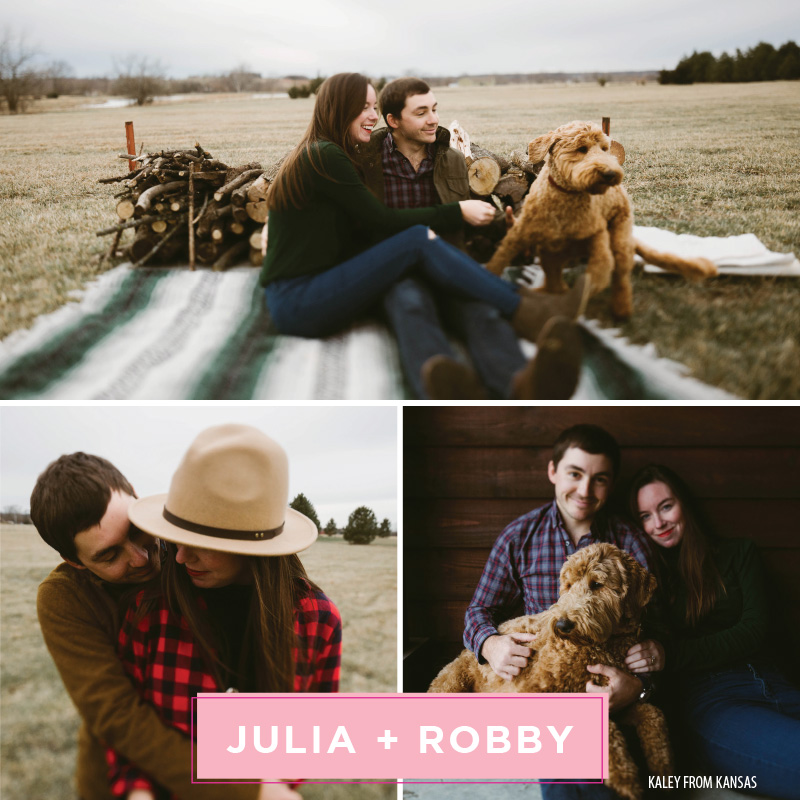 This past July, Julia and Robby spent an unforgettable European summer vacation exploring Lake Como, Italy, the Swiss Alps and Munich, Germany. After getting recommendations from local Italians on where they should spend their second day in Como, they decided to venture to a town called Brunate via cable car to check out the views from the famous Faro Voltiano lighthouse. To get to the lighthouse from the cable car, they had to hike about thirty minutes through the town, passing churches, homes and picturesque restaurants overlooking some of the most amazing views of the lake along the way. After taking in the views from the top of the lighthouse, they descended to the lower balcony for some privacy and an extra look. Julia noticed Robby had been gone for a while, so she walked around to find him toward the back corner where he got down on one knee and proposed! They celebrated their engagement dining al fresco at an idyllic Italian restaurant on the cliff with wine, gnocchi, charcuterie and their giddy selves.
502