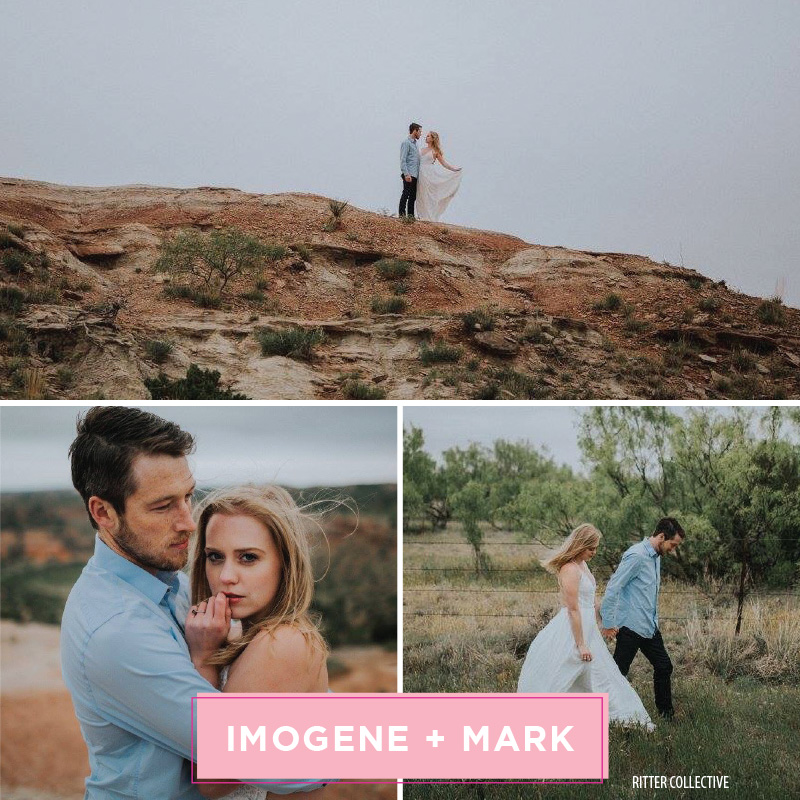 Imogene and Mark are both wildlife biologists, so they work and play outside. Spur-of-the-moment hiking trips weren’t out of the ordinary for them, so Imogene was excited when Mark suggested they hike Hawksbill Mountain while visiting her family in North Carolina for Thanksgiving. After a beautiful morning hike, they arrived at the summit on a lovely, overcast day. The mountains were blue, the weather was perfect, and they had the view all to themselves. After thirty minutes of exploring and taking a few bad photos, Imogene suggested they ask a tourist to take a proper photo of them. She had no idea this was part of Mark’s plan, and she also didn’t hear him whisper “press record” to the woman he asked to take their photo. Imogene was posing and grinning for a photo on the peak of a mountain when Mark dropped to one knee and told her he knew from the moment he met her that he wanted to spend the rest of his life with her. Both Imogene and the woman with the camera gasped, and the people around them cheered when Imogene said yes. Mark gave her the most beautiful blue sapphire ring on top of the Blue Ridge mountains, and she can’t wait to marry him in Austin in two months.