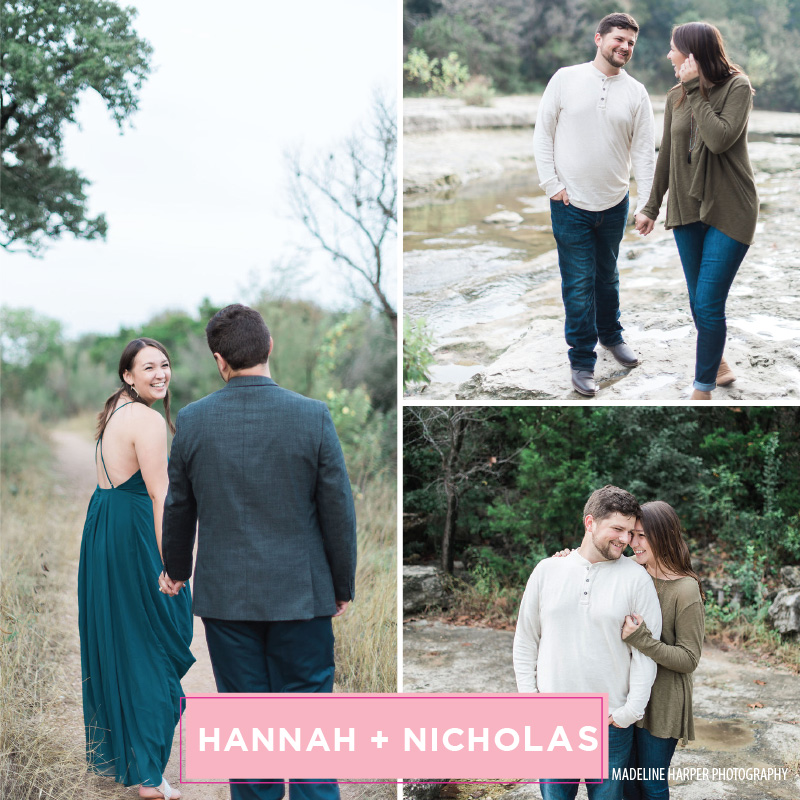 Hannah had been praying her whole life for her future husband, but she never expected to find him so soon and for him to be so perfect. She met Nick when she was 17 at her high school’s choir concert. After the concert, he asked her to go to dinner at Whataburger so he could get to know her better. The pair spent hours sitting in a booth, laughing, talking and falling in love with each other. They dated throughout the remainder of high school and all of college as well. The night Nick proposed, the couple had gone to dinner. After they finished eating, Hannah’s friends, Jenny and Katelyn, started calling her. She tried to ignore the calls, but after the third, she thought it might be an emergency. Her friends asked if she was coming to movie night, and when she said no, they insisted and suggested that she bring Nick, too. They left the restaurant and headed over to Katelyn’s house. When they arrived, Hannah walked around to Nick’s side of the car. She looked in his eyes and noticed he was tearing up. He then spoke the sweetest words about them, and Hannah was so overwhelmed with emotion. By the time she processed what was going on, Nick was on one knee, holding the most beautiful ring and asking her to be his wife. She said yes, and they went inside for their engagement party.