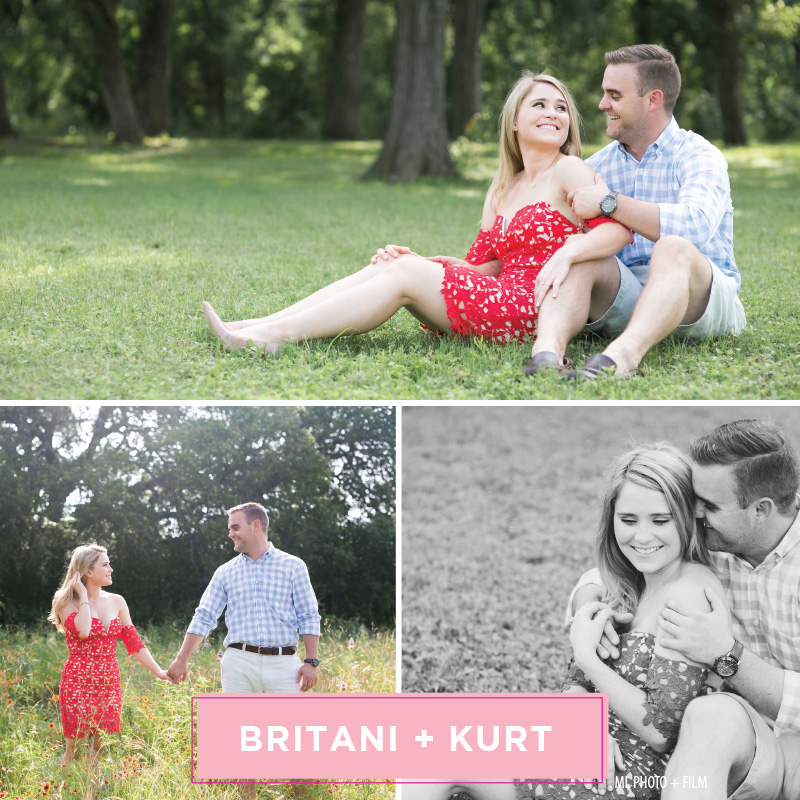 Britani and Kurt were getting family photos taken with their chocolate lab puppy for their Christmas card. They bought color coordinating outfits and a gold bow collar for their puppy. The photographer emailed the couple asking if they could meet before for the photoshoot to discuss where they wanted to take the pictures and what poses they wanted. Little did Britani know, Kurt had coordinated with the photographer to set up this meeting before the photoshoot. As they pulled up to the valet at the Omni Barton Creek, one of the hotel event staff coordinators met them at the door and asked where they were headed (Kurt had already met with the event staff to plan this as well). Kurt told the event coordinator where they needed to go to meet the photographer. She took them through the hotel and down the stairs to the back patio bar. Once they reached the 18th hole near an oak tree, Kurt tied the dog’s leash to the tree. Britani still wasn’t aware of what was happening and kept asking Kurt what he was doing, and then Kurt got down on one knee and asked her to spend the rest of her life with him. It was a perfect moment for the couple, and their photographer captured everything while hiding behind a bush so Britani would not see him.