We are head-over-heels for this absolutely adorable engagement shoot brilliantly photographed by Amanda Pomilla Photography. Shot on Haley’s family’s property in Dripping Springs, the incredible landscapes and stunning Hawk’s Shadow Winery only complement Haley and Michael’s fun personalities and incredible love for one another. Laughing together while strolling through the vineyard and holding hands creekside, the authenticity of their classic love is shining brighter than the Texas sun!

Haley and Michael met briefly in 2010 when Michael caught a glimpse of Haley at his college dorm building. He formally introduced himself two semesters later while studying for finals. He remembers telling his friends he thought he had met an angel for the first time. Fast forward four years, and the two crossed paths once more while studying in the graduate student lab. With Michael’s move to New York City approaching, he asked Haley on a breakfast date, and they were inseparable from that point on! Distance didn’t hold the love birds back; Michael says the month and a half between their first date and his big move set the foundation that carried them through the year and a half of long distance.

Michael proposed to Haley on February 3, 2017 at “their spot” in Central Park where the couple frequently had picnics. Michael suggested he take a photo of Haley facing the skyline, but when she turned around, she saw an image she’d never forget – the love of her life down on one knee! Haley says she was so shocked, she forgot every word he said beyond “Will you marry me?”

Congratulations to the adorable bride and groom-to-be! We can’t wait to see their December wedding come to life! 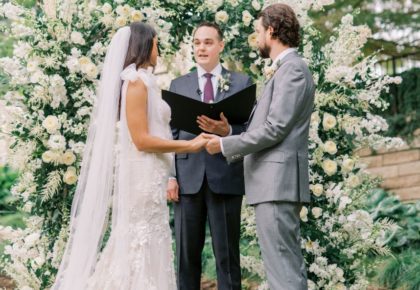 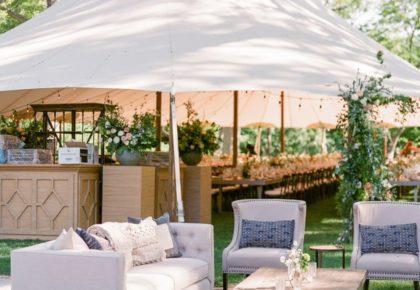 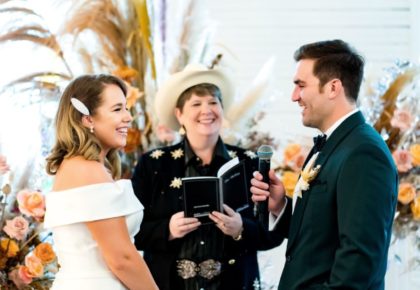