Elana and Michael escaped to Pedernales Falls for an adventurous engagement session with Elle Reaux Photography. The happy couple, who met as student-athletes at Trinity University, scaled the falls’ rocky banks and explored the adjacent trails as the sun set over the Texas Hill Country. We love the genuine emotions, warm colors and natural backdrop this picture-perfect scene has to offer. Read more below to hear the couple’s sweet story! Cheers!

From the bride on how she met her fiancé: “I ran track and field at Trinity and worked in the training room in my spare time. He played baseball and would come into the training room to get his arm rubbed out before practice. He started asking me to rub out his arm on a regular basis. I was completely oblivious and thought it was just because I was good at my job, but it turned out that he was interested in me. We became friends first but started dating a few months later.”

How he proposed: “After a weekend trip to Austin, Michael convinced me that we should go to the church we attended in college out in Boerne. After church, when we were headed back to Houston, Michael took a route that drove us right by Trinity’s campus. In what seemed like a spur of the moment decision at the time, we decided to stop by and walk around. We wandered around a bit and went by the baseball fields where he played in college and eventually stopped by the track where I jumped in college. As we started walking on the track, he let me get ahead, and he got down on one knee and proposed.” 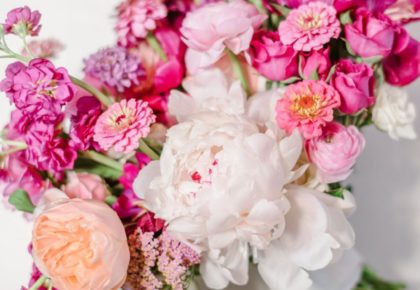